10 Times Faster
The full-duplex data transfers capability allows the sending and receiving of data (at the same time) at 10 times faster than an equivalent card of USB 2.0 Standard. The maximum speed of USB 3.0 is 5Gbps, which enables the data transfer up to 25GB within a minute.

HDD X 8 (Supported)
All 8 HDDs are recognized when they are installed.

Fan easy to install & dismantle
You can change the fan with another identical fan.

Spanning concatenates multiple hard drives as a single large volume; resulting in a seamless expansion of virtual volumes beyond the physical limitations of separately connected hard drives. The data are written frim HDD1 to HDD8.

Striping is a method of concatenating multiple hard drives into one logical storage unit. It is the automated process of writing data across multiple drives simultaneously. Striping is used to increase the performance of disk reads. The multiple hard drives will write data in “column” effect. If one drive in a striped set fails, all of the data in the stripe set is lost.

RAID 50 combines multiple RAID 5 arrays with RAID 0 Striping. RAID 50 offers highest level of redundancy and performance. RAID 50 can sustain one to four drive failures while maintaining data integrity if each failed disk is in a different RAID 5 array. In RAID 50 the total addressable volume is 2 times the smallest layer of RAID 5 array. RAID 50 requires at least 6 Hard drives. 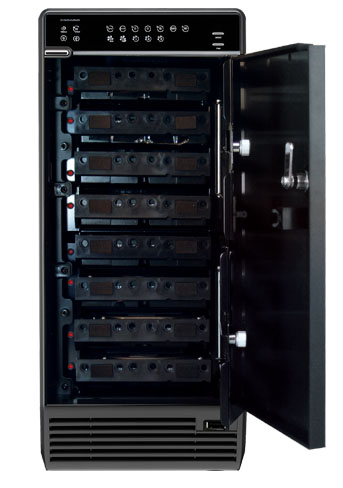 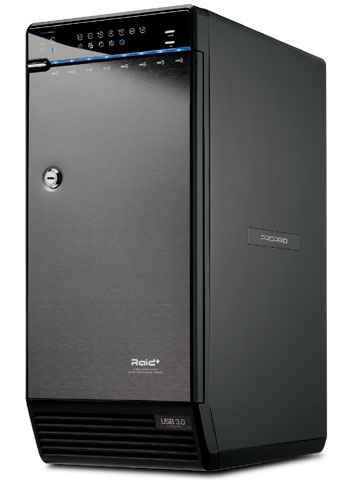