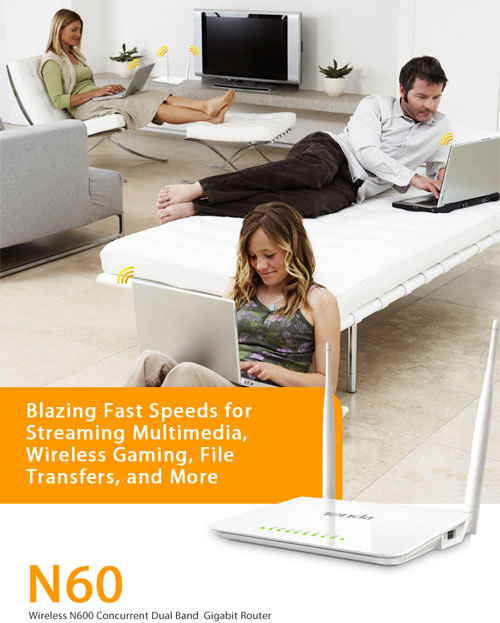 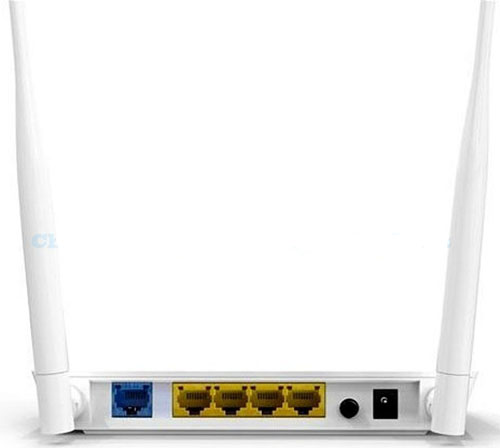 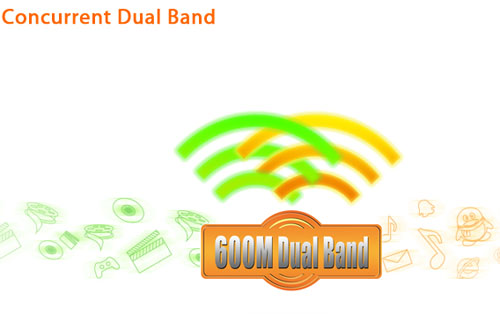 The router allows users to create multiple logically separated wireless networks. By creating such virtual networks, your wireless network is protected while allowing visiting guests to access to Internet temporarily. 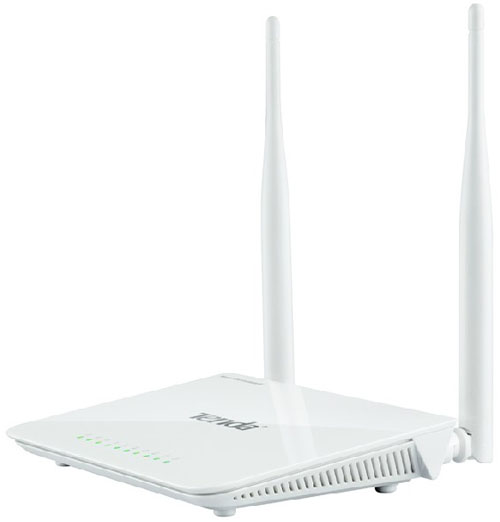 Features with IPTV service, the N6 enables you to enjoy online videos on your TV set via a set-top box while surfing Internet and other online activities. 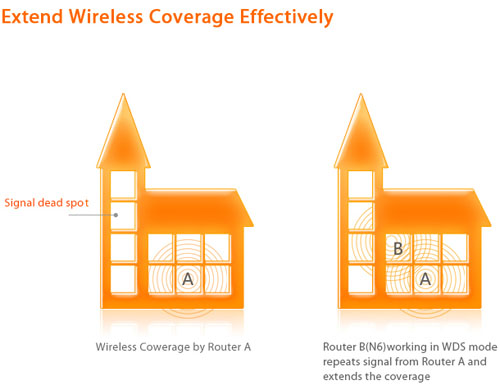 By utilizing Wireless Distribution System ( WDS) feature, N6 allows you to set up wireless communications between two or more routers, thus extending your wireless coverage to a farther distance. Any client devices within the range can easily connect to the network and access to Internet wirelessly. 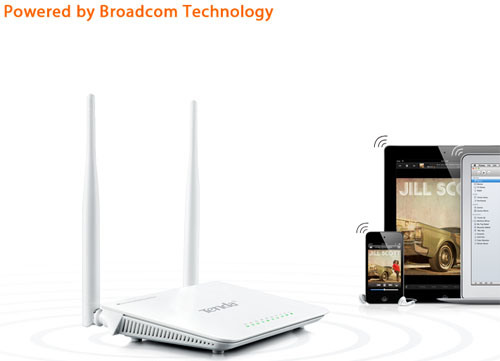 Powered by the WiFi technology from leading chipmaker Broadcom, the N6 offers a more reliable and more stable wireless performance than others can do.

The N60's built-in USB port allows users to wirelessly access printers or USB mass storage devices from anywhere at home or office. Just plug the USB devices into the N60 and youÆll be ready to use them as though they were connected directly to your PC.